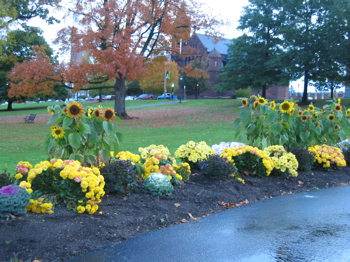 Here are the ideas.

• Develop commitment to all kids

• See schools as places where important questions can be asked, investigated, and addressed with multiple solutions

• Do things with kids that will build kids

• to study what it is to become and ally

to learn how to use privilege

to become an ally

• to keep track of you own goals, growth, and projected development with repect to the catalyst program

• to conduct research. Present same at a regional or national venue.

What are the forms of poverty

What relationships are there between the various forms and school achievement

Tracing the presence of social interest across various school groups

Climate surveys in the school

Who says what where

What is the public space

How is it used

Connect outside as well as inside

Odessey of the Mind

large mural like bw photos of kids learning posted in public places in schools and perhaps even in display venues around town…firehouse. Competition? Kids create documentation around the photos. Use or purchase the huge printers plus several good cameras…8mgpxs or more.

Forge an agreement with apple corporation to supply the sixth grades at one school with apple computers and take responsibility for developing and monitoring the use of same. Or, supply uvm students with loaners for one year to develop projects with kids linked to school programs. Becoming expert in iLife. Several students take the lead. Get them to applecamp.

kids become university ambassadors in their own schools

researchers as in the FM mode

Adult Perspective: All of a sudden she’s drawing representational figures.

Cianya’s Perspective: I’ve finally got the control of how to make these lines go where I want them to. This is Zappa, my doggy. I’ve even got those dark eyes exactly where I want them! (Cianya is just four years old. This picture was drawn perhaps two weeks into her fifth year on earth.)

Marco Torres is the film maker that Martha Nichols wrote to me about. He is a brilliant teacher in LA and was hired by Apple to do a series of films with kids on schools where technology (iLife06) is change the way of learning life. The films are brilliant and brought multiple lumps to my throat. They show kids and teachers in stereotype-busting schools embracing inquiry and learning and having fun doing it.

When Martha wrote, I had no idea who Torres was and I indelicately wrote him and asked. Tonight, I find Wil Richardson’s blog on Torres speech last Spring at the K-12 Online Conference. I clearly have to learn more about this man’s work! Here’s his speech.

So I had the distinct pleasure of getting a chance to chat on and off with Marco Torres the last few days and to watch and listen to his scintillating keynote yesterday. Let me be clear: there is no one “out there” right now who delivers the message about how schools need to change better than Marco. No one. He’s a teacher, a learner, a father, a visionary…I can’t say enough good things about him. And he just totally gets it in a way that we all have to get closer to.

His kids and his work are, I think, as close to the new story as we come. And it’s rooted, I think, in the way he looks at what he asks his kids to do. As he says, whatever it is that they create, “it must have wings.” As far as I can tell, there is no work for the teacher in his classroom. Instead, it’s work for the community. Work for the world. Real, purposeful stuff. So different from the way most of us look at our classrooms. And he does it in difficult circumstances. At his school of 5,000 kids, only about 650 graduated last year. Eighty percent of the state of California does better than his school. “Teachers can either quit, complain, or innovate.” Guess which he chooses.

Marco had his kids list all of the ways they have to receive, produce, share or broadcast information. The list, as you can imagine, is long. Then, he had his kids call school districts from around the country and ask for the age of the principal or the chief school administrator and they found the average age to be 48. Finally, he had them list the ways those administrators had to receive, produce, share or broadcast information when they were 16. The difference in the lists is telling, and the moral obvious. The world has changed drastically, and we just are not taking advantage of all of the other ways that we now have available to assess what our students are learning. Marco speaks with passion about finding a student’s “channel” for learning. He tells the story of asking a group of professors to write down the events that have had the biggest impact on their lives, and they wroted down things like the Vietnam, the Challenger accident, 9/11, all things that they had seen. Nothing that they had read. A lot of our kids know it by seeing it.

And, “learning is not just how you receive information but how you produce it.” He tells the story of how his Socail Studies department a few years ago took three weeks to decide that the appropriate number of pages for a research paper was 15 pages. That was frustrating, he says, because it’s all about process. “Work has to fly.” Then he showed this video, “The Power of One.” “If I passed out all the A papers,” he said, “it would not have had the same impact. Could the classroom be the stage for the world? It’s been a risk for me, but making sure that my target audience is not just my principal but instead the community and business makes it relevant.”

Some other ideas in short order:

* If you can be replaced, you will be. Creativity is what is going to set you apart.

* A lot of my teachers are like skiiers, they want smooth ride, no bumps, no ice. But if you change the perspective and become a snowboarder, bumps and ice can be an awesome ride. We need to be snowboarders.

* Make it relevant, make it meaningful, make it applicable.

* It’s all about your network. Who is in your “now” network?

* We need to connect students and family. We have to include them. (See this video as an example.)

* It’s not about technology. It’s about creativity, about a business plan. Are you aware of your target audiences? Who are you going to market to? How will you assess it?

It was just a great, great talk that has me motivated to want to learn more and more and more. Those are the best kind, I think.