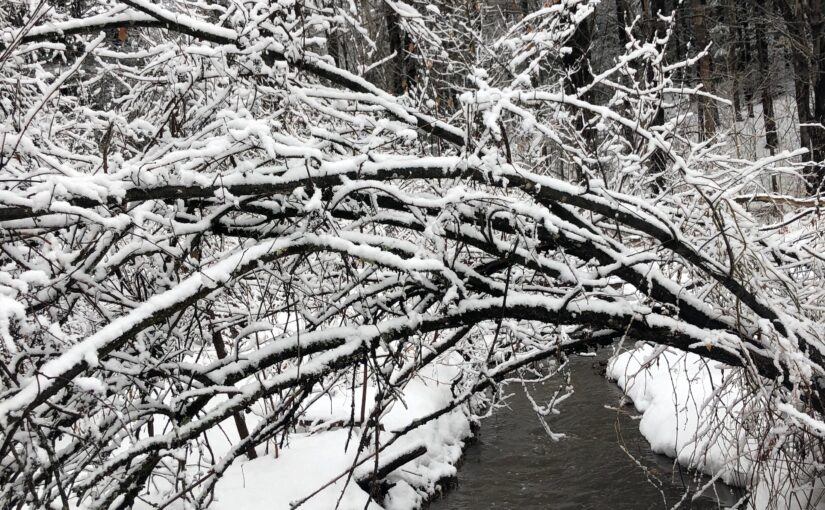 Centennial Woods has only changed slightly since my last visit. There is still snow layering the branches and understory but now its new snow from the recent snowfall earlier in the day. The water level of the brook is higher than the last time I saw it most likely from the rain this morning that transitioned into fat snowflakes. Most of the animal tracks were covered up by snow but you could spot a few deer tracks leading away from the brook deeper into Centennial.

As I walked through Centennial after a new layer of snow covered the forest floor I saw small black dots on the white backdrop of snow. When I crouched down I discovered that all the black dots had little legs, they were snow fleas. Snow fleas are actually a specific type of Springtail species that are called snow fleas during the winter. But they are actually found year-round. The Springtails have adapted over time to produce a special protein that acts as an antifreeze. These kinds of Springtails are able to survive the cold winters. These Snow fleas usually live in soil and leaf litter where they feed on decaying vegetation and other organic matter.

I was able to watch as the group of snow fleas made their way over large ice crystals in the snow in an attempt to find some grub. Following their trails in the snow as they jumped enormous lengths and heights for their size I saw one group congregating near a fungus attached to the trunk of a tree that had fallen a while ago. As I continued to the brook in Centennial woods I noticed more black dots in the snow, but this time the snow was yellow. When I took a closer look I noticed that many of the trees had yellow snow at the base. Of course, my first thought was pee, but then I realized that it was actually sap. I wondered if the snow fleas were attracted to the leaking sap residue in the snow. 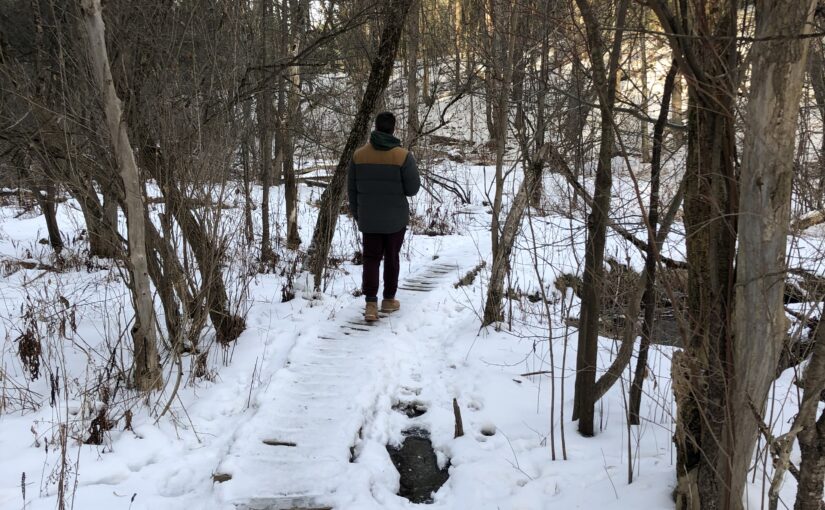 There is now a layer of snow on the ground at Centennial Woods replacing the dry leaves from before. Every treen besides the deciduous trees have lost all of their leaves. There are frozen footprints on the trail. The river beds are much shallower than normal as a result of some of the freezing temperatures.

Off the path, you can find many different kinds of animal tracks and signs of wildlife in the snow. I first found some deer tracks walking towards the bog. The deer tracks were in walking and trotting in a zig-zag pattern. Each print is about 6.5cm.

Behind the normal path is another trail of manmade prints that leads to a clean patch of snow spotless other than the small 2x2cm tracks in a bounding pattern. These prints could belong to either a Weasle or Mink. The Weasle or Mink jump onto a long snowy log and the prints get further apart as the creature started running. Weasels and Minks are both common around Vermont. Long-tailed Weasels prefer open woodlands and transitional areas between forest and fields (Britanica.com). While Minks are usually found in wet areas like marshes, rivers or along streams (lifescience.com). With this information, it is most likely that the tracks belonged to a mink. 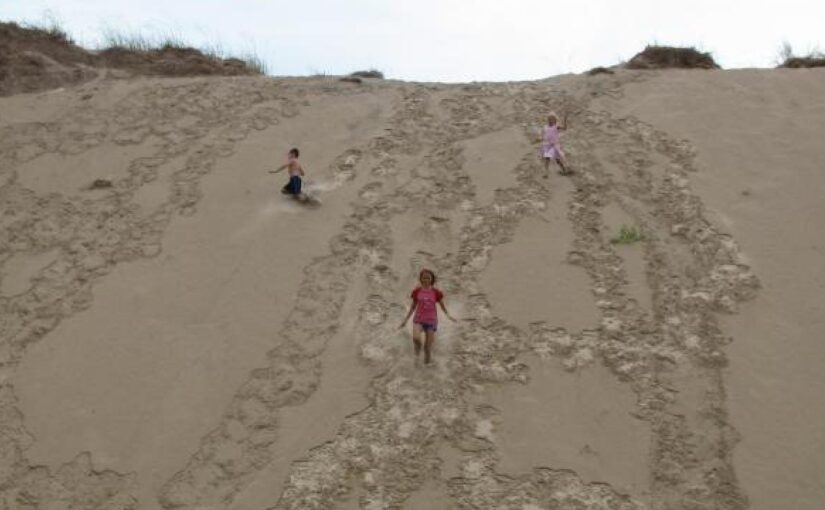 The Indiana Dunes National Park is just an hour from my hometown house in Chicago. When I was younger my family and I would drive out with our family friends to the Dunes on the weekends. During the summer and spring, we would go on hikes stopping to play in the bird watch towers and eat our packed sandwiches and sliced apples along the trails and boardwalks. In the winter times when there was snow, we would hike to the sand dunes and race our sleds down the snow-covered dunes. Many of our runs would end in us flinging off our sleds as we shot down the steep icy dunes. Indiana Dunes National Park became a place where even at a young age I could navigate, it became a place where I could recognize the birds circling above us and the long prairie grasses. Now the Indiana Dunes is a place I look back on fondly remembering small moments with friends and family in this beautiful place where we used to dread waking up early for but were throw temper tantrums when our parents tried to get us to leave.

The Indiana Dunes isn’t necessarily in my home town but it’s only an hour commute from my house. Having a place like this so close to my house but so ecologically different allowed nature and the outdoors to become a sort of oasis for me at a young age as I spent life growing up in the city Chicago.

Sadly I haven’t been to the Indiana Dunes National Park is a while but from my google searchers, it looks exactly almost the same. When I look back at any place I remember as a child everything always looks so much smaller since I have grown. As a kid, I remember the sand dunes towering over me, completely daunting as I pushed my sled to the edge urging myself to fly down the dunes that felt like they went straight down. Physically it is the same but my perspective has changed as I’ve grown up. Looking back I feel nostalgic, almost said as we have lost touch with the family friends we ventured off with every other weekend to the Indiana Dunes National Park.

Since I had such a great connotation of this place as a child I think it has influenced me today to be more attracted to outdoorsy and naturally beautiful places. Every feeling we have about things in our lives have been influenced by we have experienced them. Things like place attachment and place meaning all correlate with our perspective of them, I grew up feeling attached to Indiana Dunes National Park because it became a place where I was with my family, where we would play and create silly games that would entertain us for hours. So now places like these such as Centennial Woods or any backcountry I feel at home. 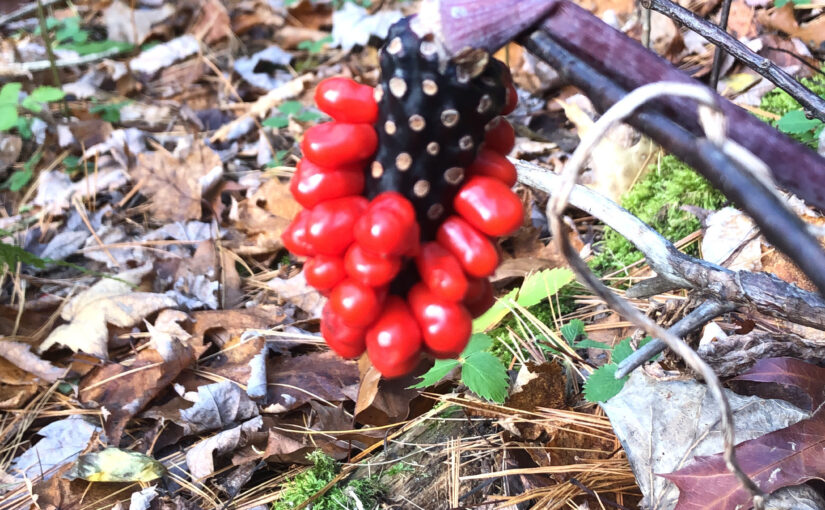 My most recent visit to Cenntenial woods was right before the snow came, the trees were almost completely naked with their former leaves stiff at their tree’s base. The ground was considerably less muddy then my last visit since there was no flooding recently, and the brook’s water level had gone back to its normal depth. Many of the beautiful colored leaves I had seen and taken pictures of were crisp and brown or had fallen to the ground by now.

After going deeper into the woods and up a steep hill I discovered the Burlington City line marker. As I climbed down the hill I jumped to avoid the American Toad inches below on foot. American Toads are one of two of the toad species in Vermont.

I walked around the concrete bunker again to take a closer look at some of the graffiti and its construction. The bunker is a result of a militia that was founded in the 1760s called The Green Mountain Boys and was used for training purposes.

As I continue to visit Centennial Woods and go deeper and deeper and spend more and more time I have formed a connection with the woods. I love to search the woods for jack and the pulpits, living organisms like the American Toad, and the arcane structures that I can research more about when I get back to my dorm. Centennial Woods is constantly changing but it also holds so much history of Vermont and New England. For example, the Green Mountain Boys were formed by Vermont, New Hampshire, and New York. Today the bunker is used as a canvas for people who venture far enough into the woods. Centennial Woods has become a place where you can jog, bike, walk your dog on the trails, a place where you can bushwack and find the city line marker or oddly placed broken glass bottles, and it’s also a place to allow yourself to be completely absorbed by its nature and beauty. 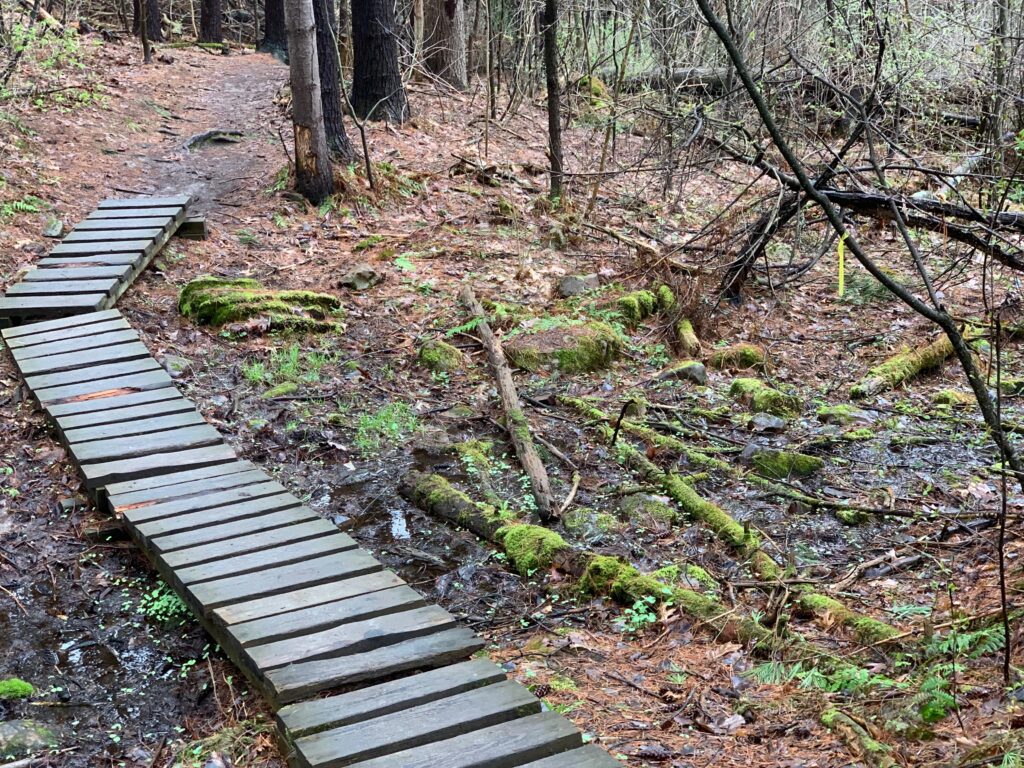 As I walked through Centennial woods I first noticed how much the Forrest had changed since my last visit. The majority of leaves had already layered the ground in orange, yellow, and red. The leaves had already started to crisp as you walked further into the forest. The soil was still wet from the flood the night before leaving the ground perfect for deer tracks. While bushwacking to find the angle of the Agaricomycetes (gilled mushroom) a flash of white and brown caught my eye. Through the fallen trees I saw two White-tailed deer staring back at me.

After running up the hill to catch a blurry picture of the two deer I discovered a glowing Winged Euonymus the exotic invasive species also known as Burning Bush. I noticed how little green there was here except for the low to the ground American Fly-honeysuckle. Once it started to get dark I made my way towards the trailhead only stopping at the White Birches and alluring Japanese Barberry.

The temperature was 45 F and windy. The sky was cloudy. Ran into one jogger and a woman walking her dog. Steams seemed a little flooded as a result of the heavy rain the night before. The ground was very muddy. 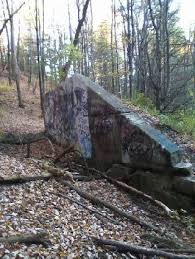 Centennial Woods is 65 acres made up of mature conifer stands and hardwoods such as Black Cherries, Eastern White Pines, Oaks, Maples, and Birches. Centennial Woods is located in the middle of Vermont’s biggest metropolitan areas making it an essential for the University of Vermont’s natural laboratories as students study Vermont’s native animals, plants and natural processes. Centennial Woods also holds a 3.8-mile looped trail which is rated easy to moderate by Trail Finder. The hike offers fields, streams, boardwalks, wetlands, and many historic and arcane structures.

There are four Trail Heads at Centennial Woods, the first one is found on University Road behind Centennial Field. Two more are located off of Catamount Drive, one is near the Vermont Police Department via Eastern Ave and the other (with a parking lot) is right behind the Burlington Brew Tour company. The last Trail Head is on Grove Street near the Bayberry Commons Apartment complexes.

At the entrance of Centennial woods, you see a crumbling concrete wall on the steep hillside covered in colorful graffiti. As you get closer you will notice that it is an old abandoned bunker.

Further down the trail is a small eroded metal semicircle with an engraving, “City of Burlin – C.B. 40” This is a city boundary survey marker.

Welcome to UVM Blogs. This is your first post. Edit or delete it, then start blogging!