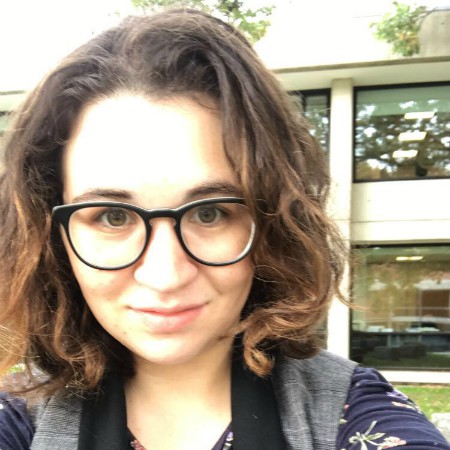 Besides her suitcase and backpack, Rebecca Friedlander ’17 had a lot of intellectual interests to unpack when she arrived at UVM as a first year student in 2013. She was curious about psychology and archaeology—her family paid regular visits to the Chicago Science Museum and she participated in digs near her native Chicago.

To fully explore her options, she enrolled in UVM’s Integrated Humanities Program, which offers a series of courses that studies topics in-depth, from several different disciplinary perspectives. Participants live and learn together. By sharing the same intellectual journey under the same roof, she developed close relationships with her peers and faculty mentors.

It was just the sort of academic experience Friendlander was looking for. She had attended Stevenson High School in North Chicago was interested in pulling up stakes and exploring a new environment. UVM popped up as an option during her college search, and a visit to campus confirmed her early impressions—a substantial research university that projected a friendly, progressive vibe. “I ended up meeting a lot of professors on Admitted Student Day,” she recalls. “They were really impressive people, but also very down to earth.”

The program exposed her to courses she otherwise might have overlooked, and she was fascinated by her class in religion. It led her to take more religion courses, and she was especially inspired by classes with professors Ilyse Morgenstein Fuerst and Vicki Brennan. “The professors in the department really helped me grow as a person,” she said. “They pushed you academically, while at the same time being very approachable.”

Freindlander completed a double major in anthropology and religion at UVM, and after taking a year off to carefully explore her options, she enrolled in a master’s program in archaeological biology at Brandeis University. She’s interested in paleopathology (particularly osteology, the study of the structure and function of bones) in sites in mesoamerica, particularly those that were invaded by the Spanish. “I want to use the scientific aspects of archaeology to broaden our anthropological understanding of past cultures.”

Now in her first year at Brandeis, her current plan is to earn a PhD and teaching in higher education. She’s convinced that her broad liberal arts background has made her a better learner and deeper thinker.

“Both human development and religion are very closely intertwined–they inform each other,” she said. “Studying both gave me multiple areas of human understanding to draw on.”